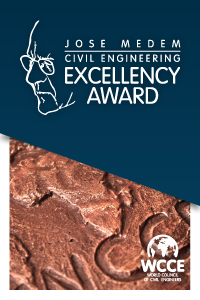 WCCE awards Civil Engineering Excellence Awards through its Jose Medem Award. The first presentation of the Award was made in 2010 during our 5th General Assembly of WCCE. The awardee, civil engineer as defined by the WCCE member society of the nation in which he or she resides is to be selected based on his or her noteworthy contributions to the practice, theory, or public status of civil engineering. Nominees should possess appreciable experience in the profession, international standing as well as significant educational accomplishments.

Only national members of WCCE may submit nominations. Only one nomination per award term of two years may be filed by each WCCE member organisation. Updated unsuccessful nominations may later be submitted again.

Nominations shall be evaluated on the basis of the accomplishments and contributions of the nominees to the profession of civil engineering in the direction of WCCE principles. They should possess appreciable professional experience; their international standing and educational accomplishments will naturally add to their credit. Evaluation criteria include, but not limited to the following considerations: 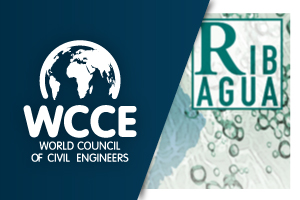